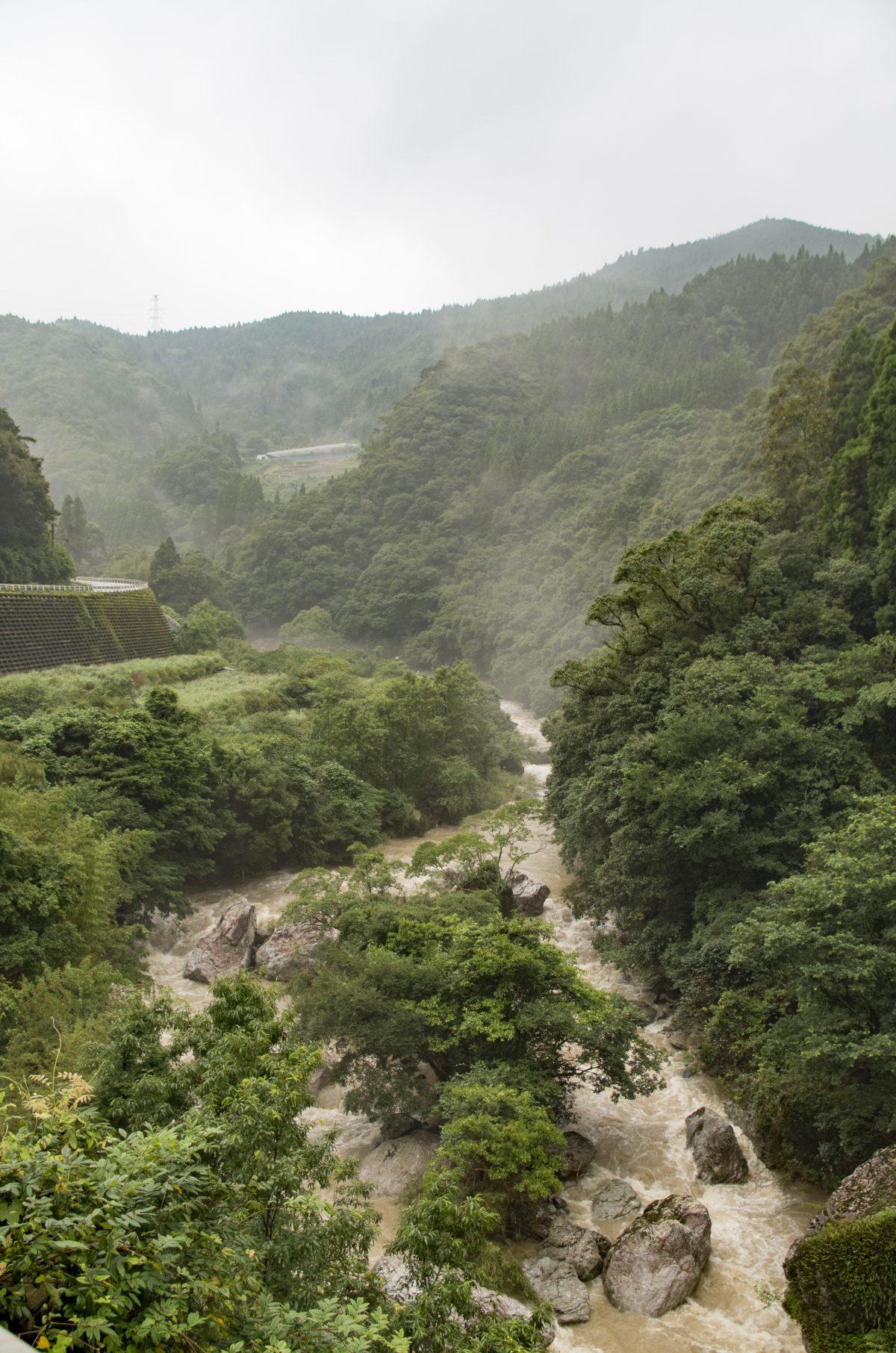 This year’s Tsuyu was announced that it had started on 8 Jun, according to JMA (Japan Meteorological Agency). But it was so strange we were suffered of lack of rain for nearly two weeks just after the announce was made. Normally, or I should say in the past, it was quite common that we had successive rainy days starting from early or mid June to mid July. But these days, it seems we have a different situation maybe because of the climate change. When it rains it often pours down causing landslides and floods, on the other hand when it doesn’t rain we suffer from water shortages. In Gokanosho, there are some fish farmers who need a great deal of water for Yamame, river trout, farming. They said it was so close that they could have had the fish died from water shortage. The weather forecast says we are going to have rainy days again between 4 – 6 July according to JMA. I hope the rain will wet the mountains enough to cultivate the trees for beautiful couloured leaves in Autumn.