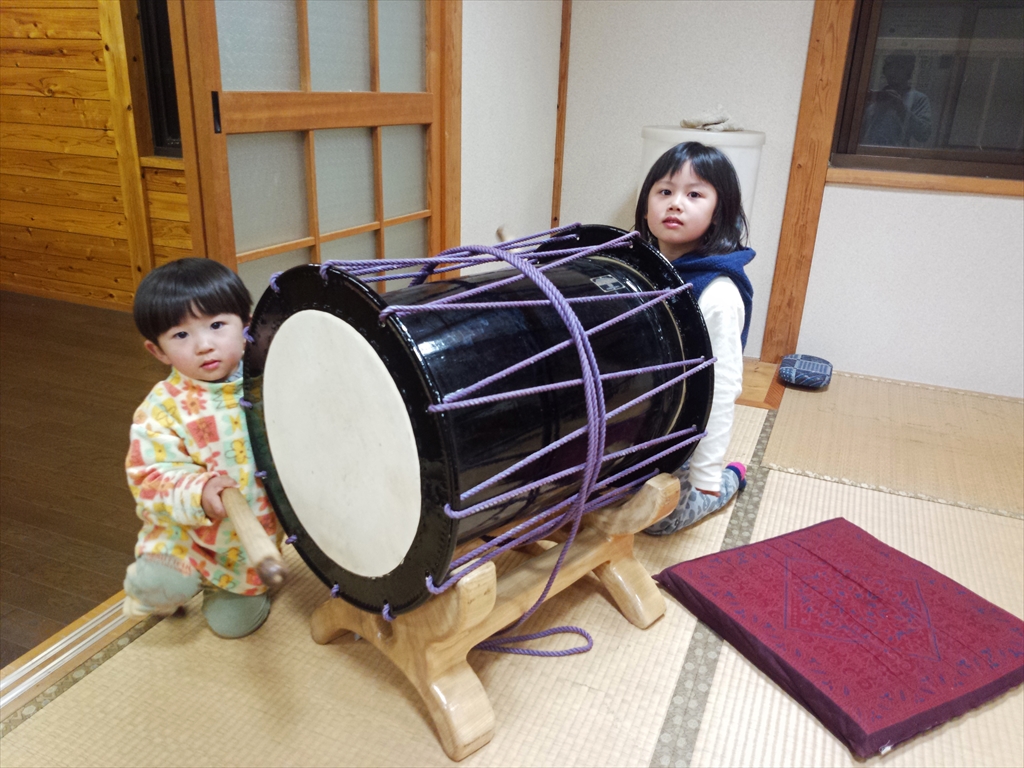 In Hagi village, one of the five villages of Gokanosho and which has the smallest population of them, the locals hold their traditional rituals twice a year. On 15th March for spring and 17th October for autumn on Japan’s old calendar and it was on 21st April this time. I don’t live in Hagi village but have joined them with my wife as dancers for “Kagura” dances. Kagura means, in short, Japanese traditional Shinto ritual or ceremony dedicated to gods along with folk dances.

Originally in Hagi village, only the first born sons were entitled to take over the positions as dancers formerly, in other words, the other people could not even learn the dances. However, due to decline of the number of birth, it has become even difficult for them to maintain the succession of their traditions, not only Kagura. Their Kagura was started in 1684 according to a record or something, some say it’s not 1684 but in the 16th century. Anyway, it’s obviously true that their ancestors had handed down the traditions for generations in this hidden village with severe climate and living conditions.

Below is a footage of a series of dances we performed this time. Hope you enjoy them. There is another marvelous dance I would love to play. That is called “Men Kagura” which is about romance of a man and woman. I hope to play that next time in the coming Autumn, it’s on 16th November. This is not a show but everyone is welcome.