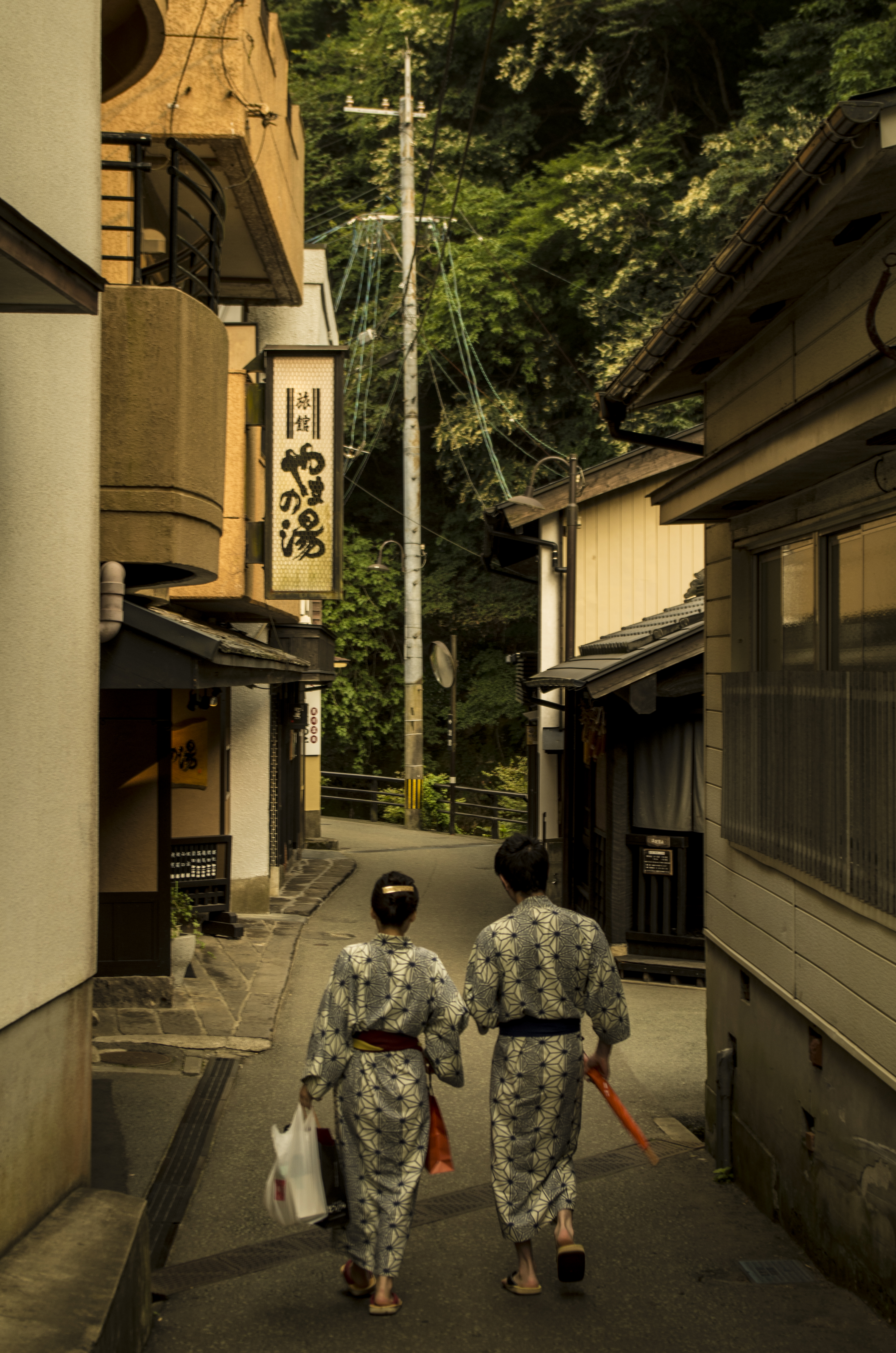 A district called Kurokawa is located up in the north of Kumamoto Pref., at the boarder between Kumamoto and Oita, where it is not easily accessible without a car. Although you can reach there by bus from Kumamoto station, Hakata station (Fukuoka Pref.), Beppu station (Oita Pref.) or Miyazaki Pref., which should be a long travel with no sightseeing on the way. Kurokawa became famous in the 90’s because of its beautiful open-air baths -Onsen- built in the Ryokans to look natural to fit the mountainous area, and the street running between Ryokans (Japanese traditional-type inns) that have no neon lights. What characterises them most is the wooden pass (called Nyuto Tegata -入湯手形-) that allows you to take up to 3 different Onsens for 1,300 yen per person. The Nyuto Tegata pass is also a good souvenir after its use. If you are in a group tour organised by travel agencies, you don’t have a chance to get this service because Kurokawa Onsen would like to treat their lodging guests better, declining group tourists’ purchasing Onsen Tegata. (Of course they can take each Onsen paying the regular price [500 – 800 yen pp depending on Ryokans]) . Please refer to the following websites to get the details.

Along the street of Kurokawa, there are souvenir shops and restaurants where you can taste local food, as well as Ryokans. Why don’t you have a walk on the street wearing a yukata (Japanese bathrobe) and a pair of geta clogs which you can rent for 1,500 yen pp at the tourist information center.